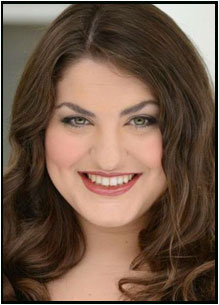 Shanley has taught voice lesson and produced musical theater productions with over 200 kids for the past 4 years throughout the Central and South Jersey area. Her experience with teaching children along with adults stems from her background in professional performing and degree in Vocal Performance and Opera.

Starting from her roots in South Jersey, Shanley started performing and working for the Voorhees Theater Company from performing and working as a junior board member to contribute her passion for the arts in her community. She began studying classical music at a young age and always felt a strong affinity towards opera. By the age of thirteen she was the winner for the South Jersey teen arts festival where she first debuted herself as a classical singer.

Her drive to compete only grew from there and followed by competing my yearly solo and choral competitions throughout her youth and young adulthood. She was awarded as a NJ state teen art finalist 2008-2010 winner of her division 2008 as a Jr. Artist and 2010 in the Young adult division, Classical Singer's East Coast finalist 2009, and semi finalist 2010, and Paper Mill rising star in 2011.

Shanley received the J.E. Thompson award and scholarship for her collegiate studies at Westminster Choir College where she received her B.M. in Voice Performance. While in college Shanley was a N.A.T.S. second place winner for her state division in Delaware in 2012, and regional finalist in 2013.

Her studies continued when she was accepted into several young artist programs throughout the US in including her time studying at Curtis Institute’s summer festival, CoOperative’s young artist program and diving into the work and language of Russian Opera Workshop’s program where she debuted her first Russian role as the title role in Tchaikovsky’s Iolanta.

Throughout college and post college young artist programs Shanley has performed the rolls of Lauretta in Puccini’s Gianni Schicchi, Laetitia in Menotti’s The old maid & the thief, and The fairy godmother in Viardot’s Cinderella. This past year Shanley was the winner of MTNA’s NJ and East Coast competitions as well as finalist for NJ Opera’s Voice Competition. Shanley currently is a singer for the Philadelphia Orchestra Chorus and has performed over the last season in their works of Orff’s Carmina Burana and Mahler’s 8th Symphony.

As a private teacher Shanley finds the importance of classical training to benefit all voice types and style in order to learn. With her classical background Shanley has been able to help students in all different musical style’s to strengthen and grow not only their voices but their musicianship. 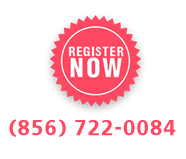